We Had A Girl Before You

“The house loomed above me, towering over the cliff, leaning as though it meant to hurl itself to the crashing sea below. Whisham Manor. Now called…Desolation.”

To ensure the safety of all NLT staff, volunteers, and patrons, please complete the AHS CoVID-19 self-screening questionnaire prior to attending. If you feel unwell, or have traveled in the past 14 days or have been exposed to CoVID-19, please do not attend, we will happily book your tickets for another performance.

Please Note that masks will be mandatory at all NLT performances through the 2020-2021 season. If you do not have a mask one will be provided by NLT when you arrive. 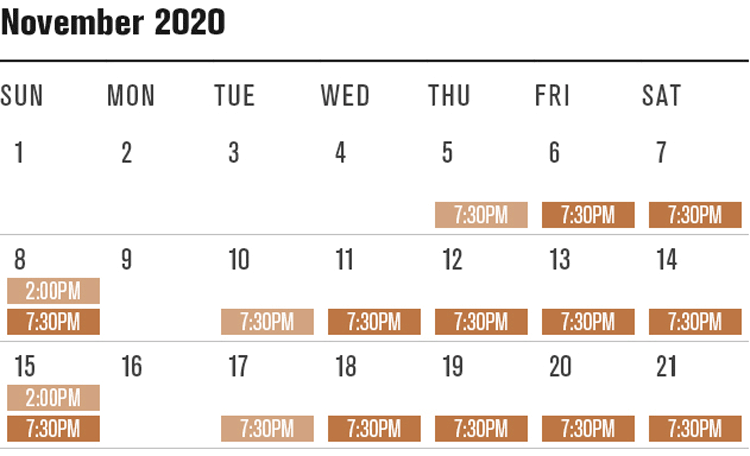 1880’s Victorian London. Orphan spinster Edwina “Weenie” Trout accepts a position as a lady’s companion on the remote island that houses Whisham Manor – known by the locals as ‘Desolation’. She finds herself to be the latest in a long line of ‘girls’ who have mysteriously disappeared while in service to the mysterious Whisham family.

Will she discover the family’s secrets?

Or will she simply vanish – like all the girls before her?

Trevor has been the Artistic Director of Northern Light Theatre for the past 18 years, and involved with NLT for the past 27 years as a performer, director, designer, and playwright, as well as being a multiple Sterling award winner. He has been awarded three times for playwrighting, (THE WATERMELON GIRLS, CHANGE ROOM, and FLORA & FAWNA’S FIELD TRIP!), twice for directing (the Canadian premieres of THE 4TH GRADERS PRESENT AN UNNAMED LOVE-SUICIDE and Carol Anne Duffy’s THE WORLD’S WIFE) and received the Outstanding Fringe Performance award for the one-man show COFFEE DAD, CHICKEN MOM, AND THE FABULOUS BUDDHA BOI, penned by Nick Green, which toured to New York as part of the FRIGID FESTIVAL. His plays have been produced across Canada and far away as Australia (MABEL STARK!). He has created and choreographed a one-woman dance piece entitled MARKED for the Expanse Dance Festival that was extended and nominated for a Sterling award for Outstanding New Work. He was honored to be awarded for Outstanding Choreography for 6.0: HOW HEAP AND PEBBLE TOOK ON THE WORLD AND WON at the Betty Mitchell Theatre Awards in Calgary, and the DIALOG Award for Excellence in Artistic Direction as part of the Mayor’s Evening for the Arts in Edmonton. He is an Artistic Associate of GUYS IN DISGUISE theatre company.

Kristin returns to Northern Light Theatre to play Edwina “Weenie” Trout in Trevor Schmidt’s world premiere of We Had A Girl Before You this season after taking part in The Origin of the Species two seasons ago and Baroness Bianka’s Blood Songs last season, in which she was nominated for a Sterling Award.⁠

Kristin is an Edmonton based performer and instructor and a graduate of the Theatre Arts Program at Red Deer College and the Canadian College of Performing Arts in Victoria, BC. She is also a recent participant in the Citadel/Banff Centre Professional Theatre Program.

Select credits include SENSE AND SENSIBILITY (Citadel Theatre), Sterling-nominated new works RIVERCITY THE MUSICAL and THE UNSYNCABLES (Dammittammy Productions), IF WE WERE BIRDS (Bleviss Labouratory Theatre) and RELEASE THE MCCRAKKIN’ (Accidental Humour Co.).

Much love and gratitude to Ash and her kids for their support.

Dave is a musician, actor and writer. He has composed music and produced sound designs for theatre, film, dance and multi-media for three decades. Watch out for the 2021 Canadian tour of his family musical performed in English and American Sign Language, SONGS MY MOTHER NEVER SUNG ME (Concrete Theatre)

Roy is a Sterling Award Winning Lighting Designer (A Dybbuk for Two People – NLT) and owner of Roy Jackson Design. He has been lighting up bands, churches, schools and theatres for the past four decades. Recently he was awarded the Lifetime Achievement Award at the Walterdale Theatre where he was Technical Director and Lighting Designer for many years. Roy is delighted to be working with Trevor and NLT again.

Elizabeth was born and raised in Edmonton and has spent most of her adult life working in theatre here. Mostly as a Stage Manager but also as a Costume Designer/Builder, Arts Administrator and every once in a while an actress. After attending both the Theatre Production and Theatre Arts programs at MacEwan University, she spent the better part of her first year out of school playing the role of Jan in Grease at all of the Canadian, Stage West stages, (at that time Edmonton, Calgary and Missasauga). Her history with Northern Light Theatre also goes way back. The first performance she remembers seeing as a child was a production of Winnie The Pooh, which was a part of NLT’s inaugural season, this was just the beginning of her love of Edmonton Theatre. She was on the board of NLT from 1995 to 2003, including the role of Board President for two years and she has stage managed many productions for them over the last two decades including, Love, Some Girl(s), Speech and Debate, The 4th Graders Present An Unnamed Love-Suicide, Slut, 19 Weeks, Origin of the Species, Baroness Bianka’s Bloodsongs and Everybody Loves Robbie. She has worked at almost every theatre company in town at one time or another including being the Sterling Nominated Costume Designer for Peace, Love and Rock’n’Roll 2, at The Mayfield Dinner Theatre, where she was a part of the costume team for over a decade. Thank you for supporting the Edmonton Theatre Community.

Chris Hicks – but mostly just known as Hicks since there is a saturation of Chris’ in the world – is a seasoned theatre and festival production creator. He’s worked a ton of major festivals in Edmonton and beyond from dinosaur building to downhill canoe racing on snow. Graduating from the MacEwan Theatre Production program 9 years ago, Hicks is still making art happen and enjoys it!

After joining the Northern Light Theatre team 2 years ago and being involved in every show in last season, Hicks is once again pleased to be transforming the space into the powerful shows you are viewing this year.

BACKGROUND TO WE HAD A GIRL BEFORE YOU

WE HAD A GIRL BEFORE YOU started with the title. I knew I wanted to write a one-woman show in the first-person. And I knew I wanted it to be in the genre of Gothic Romance.

I had read a few books by Daphne DuMaurier (REBECCA c. 1938), Lady Eleanor Smith (A DARK AND SPLENDID PASSION c. 1941), and Henry James (THE TURN OF THE SCREW c. 1898) which have all been adapted into successful movies between the1940 -1960, bringing the genre of Gothic Romance to the movie screens of the United Kingdom and North America. In turn, these gothic romances were inspired by novels written by Jane Auston and then the Bronte sisters, most notably WUTHERING HEIGHTS (Emily Bronte c.1847), JANE EYRE (Charlotte Bronte c. 1847) and NORTHANGER ABBEY (Jane Auston c. 1817), which were all also being adapted to film in the 1940’s.

I highly recommend Alfred Hitchock’s REBECCA, produced by David O. Selznick as well as THE INNOCENTS, directed by Jack Clayton, based on THE TURN OF THE SCREW, produced by 20th Century Fox. 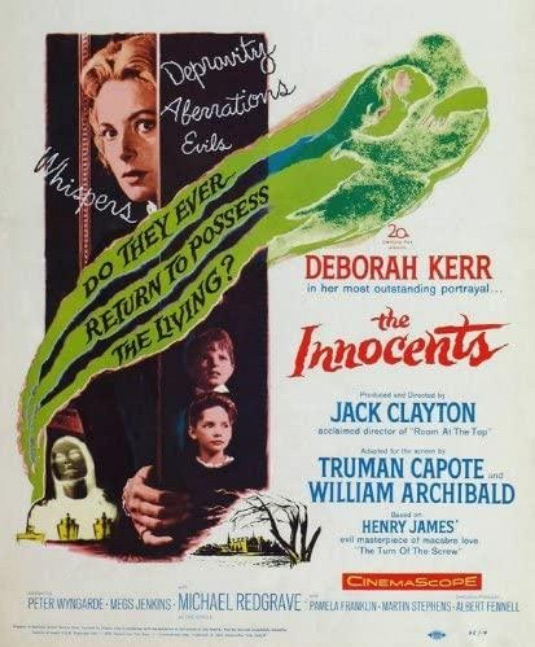 The genre of Gothic Literature often begins with the suggestion of a tall tale, often with a possibly supernatural bent. Many Gothic stories use a frame narrative, with someone attempting to construct the story, piecing together rumour, folklore, and local history, using diaries, notebooks and letters- often resulting in confusion over what is real.

I knew that WE HAD A GIRL BEFORE YOU would follow Edwina “Weenie” Trout, an outsider or loner, who deviates from societal norms as an orphan and spinster and would prove to be an unreliable narrator- a protagonist whom the audience can never be sure is telling the truth, due to mental and/or emotional instability or calculated deception- meaning the audience can never be sure what is real or what is imagined in the mind of Weenie as she reveals her story.

In my research, I came across an image of job postings in a Victorian newspaper that gave me insight into the plight of women from poverty or poor financial situations with little chance of marriage or education. I decided that Weenie would be seeking employment as a ‘lady’s companion”.

The companion’s role was to spend her time with her employer, providing company and conversation, to help her to entertain guests and often to accompany her to social events. In return she would be given a room in the family’s part of the house, rather than the servants’ quarters; all of her meals would be provided, and she would eat with her employer; and she would be paid a small salary, which would be called an “allowance” – never “wages”. She would not be expected to perform any domestic duties which her employer might not carry out herself, in other words little other than giving directions to servants, fancy sewing and pouring tea. Thus the role was not very different from that of an adult relation in respect of the lady of a household, except for the essential subservience resulting from financial dependency.

Lady’s companions were employed because upper- and middle-class women spent most of their time at home. A lady’s companion might be taken on by an unmarried woman living on her own, by a widow, a married woman who lived with her husband and sons but had no daughters and desired female company, or by an unmarried woman who was living with her father or another male relation but had lost her mother, and was too old to have a governess. In the latter case the companion would also act as a chaperone; at the time, it would not have been socially acceptable for a young lady to receive male visitors without either a male relation or an older lady present (a female servant would not have sufficed).

The germination of WE HAD A GIRL BEFORE YOU began over a year before the COVID-19 pandemic, but there was already a theme of disease, confinement and quarantine embedded in the script as an integral plot point. Other themes and tropes of Gothic literature and romance that are part of the text are:

The conclusion of Gothic stories often leaves sympathetic or innocent characters killed off (Lucy Westenra in Bram Stoker’s DRACULA c. 1897). Evil characters may come to a sticky end (Ambrosio in Matthew Gregory Lewis’ THE MONK : A ROMANCE c. 1796). Or the story may be left somewhat open-ended. The Monster in FRANKENSTEIN (c. 1818) is left walking the Arctic wasteland.

There is not necessarily an epiphany, redemption or catharsis in Gothic tales.

Will Weenie find romance? Will she survive to finish her tale?
Only time will tell. But can you believe what Weenie tells you?